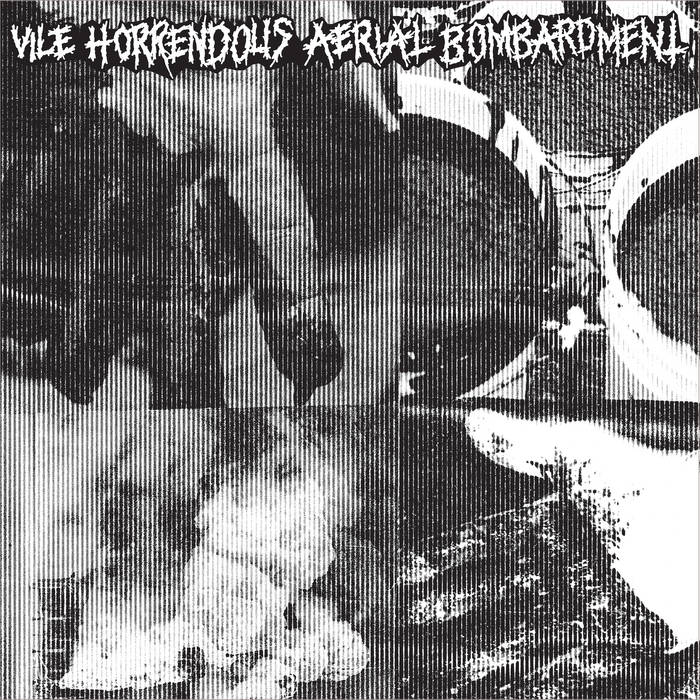 Anthems of The Undesirable

Militant grinding noise corruption from VILE HORRENDOUS AERIAL BOMBARDMENT, a noisecore unit that hailed from the Pacific Northwest during early 2010s. Forsaking traditional instruments in favor of a handcrafted “Disinstrument" to generate a frenzy of punishing chaos propelled by blasting drums in a swirling crust cacophony of bellowing roars and harsh screams. Quietly disbanding after only releasing a limited cassette demo in 2010, this previously unheard full length recorded early 2012 has finally been exhumed for your listening displeasure. Members of Knelt Rote, Sissy Spacek, Oscillating Innards, Human Agony, Dispossessed.

WATCH THE VIDEO FOR "FASCISM?" youtu.be/z9RqiAvUL-Q

Mastered by Brad Boatright at Audiosiege