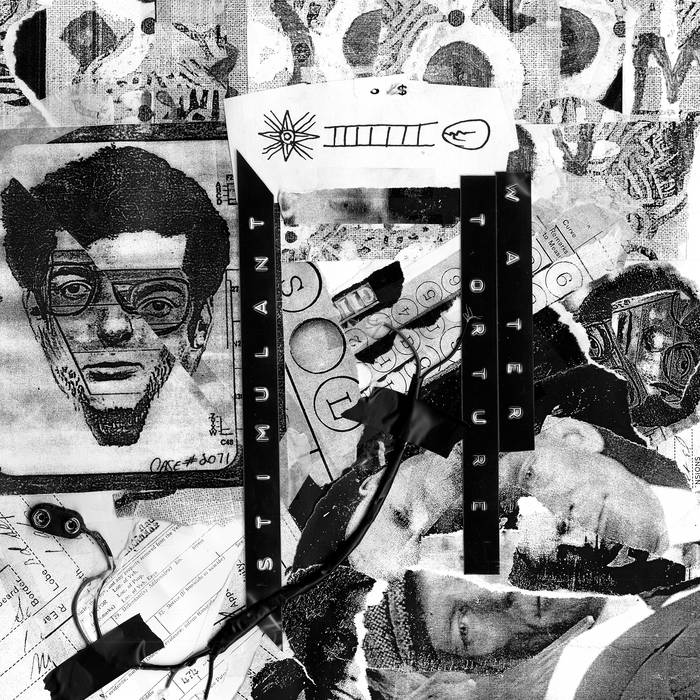 Water Torture makes a return with one last transmission on a schizophrenic split LP with their current musical incarnation, Stimulant. One side spins at 33RPM and the other at 45RPM, two distinct voices spewed from the same scarred psyches.

After experimental power violence bass pummelers Water Torture unceremoniously disbanded after releasing their first and only full length, 2014’s “Pillbox” followed by a European tour, and an appearance at Maryland Deathfest with a scant shows along the East Coast, 2/3’s of the crew bunkered down in Brooklyn to emerge in the form of Stimulant. A more twisted, paranoiac and uh, speedier version of their former selves, the Stimulant debut delved deeper into the psychoactive mind state of the current non-reality of the modern stage. Not quite finished with their former mission, both entities have endeavored in the dissociative form of a split release with themselves.